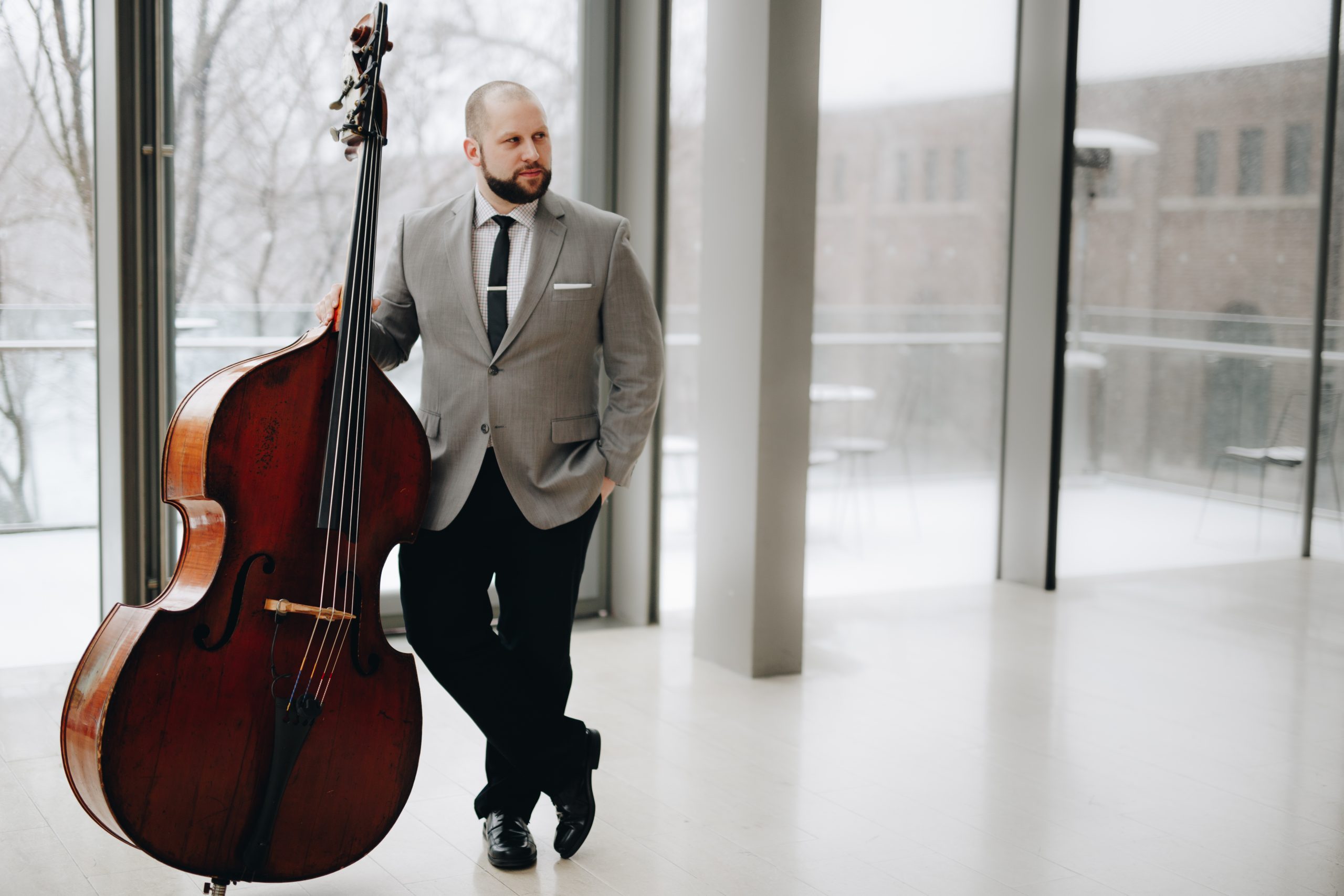 With performance credits ranging from orchestral soloist to jazz session player, Toronto bassist Jesse Dietschi is a truly versatile musician and composer equally experienced in jazz, classical, and popular music. Serving as the Principal Bassist of Sinfonia Toronto, he holds an Artist Diploma from the Glenn Gould School (RCM, Toronto) in Orchestral Performance, along with Masters degrees in both Jazz Performance (U of Toronto) and Composition (Brandon University). Jesse is a faculty member at the Southwestern Ontario Suzuki Institute, St. Andrew’s College, and the Oakville Suzuki Association. He has appeared on international broadcasts including the CBC’s Sounds of the Season and Murdoch Mysteries, and NBC’s hit show Hannibal. Jesse is a member of the international touring ensemble Tunnel Six, contemporary jazz outfit the Nick Maclean Quartet, and has performed with the Canadian Opera Company, Esprit Orchestra, Talisker Players, Toronto Concert Orchestra, Sony Centre/Attila Glatz Productions, Against the Grain Theatre, Soundstreams, New Music Concerts, Tapestry Opera, and the Niagara Symphony. He has been featured on recordings by artists like The Headstones, Metric, and Irene Torres and the Sugar Devils, and has performed with a range of others, including Ken Lavigne, Jeffrey Straker, and Come From Away co-writer David Hein. Jesse has been a featured soloist with orchestras in both Ontario and the US, and leads the Toronto-based chamber jazz group the Catalyst Ensemble. He has studied with Jeffrey Beecher, Andrew Downing, Michael Chiarello, David Occhipinti, and Stan Label.